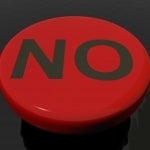 The Indiana Court of Appeals upheld a 1.4 million dollar verdict against Walgreens and its pharmacist. The story belongs on TV. It involves an ex-girl, new husband and a baby.

The guy writes the pharmacist a letter informing her that the other woman was pregnant and he had contracted genital herpes and she may have been exposed. The pharmacist ends up marrying the guy.

Apparently when the pharmacist received the letter from the guy, she looked up the customer's prescription record, which showed she had not filled her birth control pills around the time that she became pregnant. The claim was that the pharmacist gave this information to her husband because he sent the Walgreens' customer text messages, which suggested that he reviewed her pharmacy record.

This case went to court and an Indiana jury awarded the Walgreens' customer 1.8 millions and the jury determined that Walgreens and the pharmacist were responsible for 80% of the verdict.

The Court's Opinion Says it All!

In this case, a pharmacist breached one of her most sacred duties by viewing the

prescription record of a customer and divulging the information she learned from those records to the client's ex-boyfriend.

Healthcare providers whether a doctor, nurse, pharmacist or physical therapist have a responsibility to keep patients' and customers' health information private. In this case, the pharmacist was invested emotionally and because of the emotion, she violated a “sacred duty”, as described by the court.

The court analyzed this case based on pharmacy malpractice and did not give an opinion on whether Indiana recognizes a specific tort of “public disclosure of private facts”, so we don't know if this type of action would be viable against a non-professional, who has a professional duty to keep the information private.

What are you're thoughts about a pharmacist looking up your prescription record and sharing it with a family member or friend?