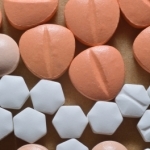 After evaluating you the emergency room doctor told you that you were given the wrong prescription. He admitted you into the hospital for observation. After you were released from the hospital, you had to see your doctor for a few months. It is now six months later and you are starting to feel okay.

You've spent thousands of dollars in medical bills and lost weeks of work. You want to know how this happened and if you can bring a claim the pharmacy for your issues.

In this the first in a series of two articles, I'm going to explain the three situations and reasons that I have seen pharmacy malpractice or negligence.

Anyway you slice it; retail pharmacy is big business. On every corner there is a Walgreens, CVS, Wal-Mart or supermarket that dispenses medications. The days of the local pharmacy, where you have the relationship with the pharmacist is gone.

You may remember the days, when the pharmacist would make a home delivery because the weather was bad or you were too sick to drive to the store. That situation has given way to megastores that fill hundreds if not thousands of prescriptions per day. Many of the prescriptions are not filled by the pharmacist but by a para-professional, usually a pharmacy tech.

In the last year I've had 3 pharmacy mistake cases that I accepted.  The three most common pharmacy malpractice claims that I have seen are:

A dosing error is giving the wrong strength of the medication. Coumadin or Warfarin is a “blood thinner” that is used for the prevention of clot formation with patients who have a condition called atrial fibrillation. In order to prevent bleeding complications such as stroke, it is very important that the patient's INR or slipperiness of certain red blood particles be monitored. I have seen cases where the patient was given the wrong dose of the medication and it caused severe bleeding.

Incorrect labeling of the medication

The best way to describe this error is an episode of the TV show ER that I saw years ago. In the show, a Hispanic female was given a prescription that read she was to take the medication “once per day.” She didn't read English well and “once” in Spanish means eleven.

Occasionally, we also see that the wrong labeling and medication insert is given to the patient, which is usually a function of the tech being too busy.

How do you prevent pharmacy errors?

Prevention is pretty easy. When you pick up the medication as the pharmacist what the medication is used for and how many you need to take. If you need further clarification or information, speak up.

Image courtesy of holohololand at FreeDigitalPhotos.net