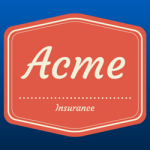 My next question to Fred was whom did the adjuster represent? Fred didn't know and asked does it matter, I said it absolutely matters.

The simple answer is that even though it's the same insurance, each adjuster has a different responsibility to you. If the adjuster that left the message for Fred was handling his side of the claim, then the adjuster owes Fred a duty of good faith and fair dealing, and Fred has to talk to him. If the adjuster represented the other guy, then the relationship is adverse, and Fred does not have a responsibility to say give the guy a recorded statement or provide him with a medical authorization or provide him with in depth information about his injuries.

How does this work on the Insurance Company's end?

How is Fred supposed to handle the return phone call?

One of the best ways for Fred to think about the situation so he doesn't get confused is to assign the other guy's insurance company a different name like “X”, this way when he receives letters in the mail, he knows how to respond.

This type of situation can be tricky for people who are injured in car accidents and don't deal with insurance companies on a regular basis. If they don't keep their guard up, they can make common mistakes that destroy their Indiana personal injury claim.