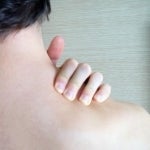 One of the benefits of hiring a lawyer who has handled hundreds or thousands of personal injury matters is that we have heard most of the excuses used by insurance adjusters to deny or limit claims personal injury claims.

The four most common excuses and defenses used by insurance adjusters are:

INJURED PERSON COULD HAVE AVOIDED THE CRASH

The number one excuse used to avoid responsibility is the injured person could have avoided the accident. In a slip and fall cases, the insurance company's argument goes like this. Mr. DiMartino if your client was watching where she was going she wouldn't have fallen into the hole and injured herself.

In a car accident case, the argument goes like this. Mr. DiMartino, I know my insured driver cut off your client but your client had plenty of time to stop, change lanes or otherwise avoid the accident.

Both of these arguments go to the defense of the injured person's comparative fault or contributory negligence. It is important in every case to gather all the evidence immediately so that we can overcome these excuses.

NO COMPLAINTS OF PAIN AT THE ACCIDENT SCENE

Insurance adjusters routinely take the position that the injury victim was not really hurt that bad because she did not complain at the scene of the accident. A few weeks ago I sat through a deposition of the police officer by an insurance company lawyer and all the questions involved this excuse. This information was consistent with the injured person's testimony that she started to feel pain a few hours after the accident.

The truth is that most people are so jacked up and full of adrenalin at the accident scene that they think they are okay, and it's not until things settle down that they start to feel pain and discomfort.

A GAP OR DELAY IN TREATMENT

The first two excuses I can usually handle and dispense with immediately. But this next defense or excuse can really hurt an accident victim's case. This excuse is a delay in getting medical treatment. What do I say to an adjuster who says Mr. DiMartino, if your client was really hurt in the accident why would she wait a month to see a doctor?

In practice, jurors have a tendency to really buy this argument because it resonates with them. How does a lawyer mitigate or argue against the insurance company's lawyer's argument, ladies and gentlemen of the jury if Ms. so and so was injured in the accident, wouldn't she have seen a doctor sooner?

THE INJURED PERSON'S MEDICAL RECORDS DO NOT DOCUMENT INJURY

Medical records do not contain this information for two reasons. First, the doctor's office uses electronic records that pre-populate the fields and he/she doesn't go into the record and manually document the findings. Second, the injured person doesn't discuss their problems with their healthcare provider.

The keys to avoiding the insurance company excuses and get full value for your accident case is to document all the facts of the accident, get checked out by a doctor shortly after the accident, and communicate all your complaints to your healthcare provider.