Michigan City Indiana lawyer explains how it is in insurance companies nature to collect premiums from insureds and try to avoid paying a claim. They can't help it – because its in their nature.

The Tortoise and the Scorpion 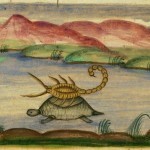 The Scorpion and the Frog is an animal fable about a scorpion asking a frog to carry him across a river. The frog is afraid of being stung during the trip, but the scorpion argues that if it stung the frog, the frog would sink and the scorpion would drown. The frog agrees and begins carrying the scorpion, but midway across the river the scorpion does indeed sting the frog, dooming them both. When asked why, the scorpion points out that this is its nature. The fable is used to illustrate the position that the natural behavior of some creatures is inevitable, no matter how they are treated and no matter what the consequences.

The same is true with insurance companies.  Ask why they try to deny your claim? The answer is, they can't help it – it's in their nature. Let me describe a recent case decided by Indiana's court of appeals to put this is real life perspective.

Facts of the Case

Because an insurance policy is a contract – the statute of limitations for a written contract claim under Indiana law is 10 years; however, parties are free to enter a contract and change the limitations period.  In this auto insurance policy, the requirement was that an insured had to bring the claim against the insurance company for UIM benefits within 2-years (which is the statute of limitations for a claim against the driver who caused the injury in the first place).  So to summarize, the contract required the insured to bring a UIM claim within 2 years or he/she would not be able to bring the claim.

So, the injured person was in a pickle with their insurance company because of the language in the policy.  She couldn't bring a UIM claim until she received the money from the negligent driver but she had to bring a claim against her company within 2 years.

This case gets to the Court of Appeals and the Court says this to the insurance company:

Similarly, the contractual limitation in Meridian's policy prevented the Werts from filing a lawsuit before they exhausted Offill's policy. Once they exhausted Offill's policy, thereby complying with the full-compliance provision of the contract, the insurance contract barred them from suing because it was beyond the two-year limitation period. In this case, the Werts could not have known that they had a valid claim against Meridian until after the two-year contractual limitation period. The terms of these two provisions are in direct conflict and are thus ambiguous.

In this case, the insurance company wrote language into its policy that insulated it from paying any UIM claims when the policy holder settles with the tortfesor (negligent party) after the 2 year limitation, which happens all the time. We have a person who is responsible, buys the proper insurance, pays the premium, and the insurance company attempts to withhold payment based on a policy provision that it drafted.

Why do insurance companies do it? Because its in their nature.