Is This The Cause of Your Knee Pain After Your Car Accident?

You were involved in a front end crash and your knees hit the dashboard or you were walking through a parking lot and stepped in a pothole. After these incidents you start to feel knee pain and swelling. You go to the emergency room, the doctor takes x-rays and tells you nothing is broken and you should follow-up with an orthopedic doctor in a week or two.

In the days after the incident, your knee pain increases and it starts to give out. By the time you get into the specialist, you're limping pretty bad and you can't climb the stairs to get to your bedroom. The doctor takes a look at your knee, moves it in a bunch of positions, and tells you that he thinks you injured your cruciate ligament, and he wants to order an MRI to confirm his suspicion.

Here are the answers to your questions:

Why do I need an MRI when the x-rays were normal? 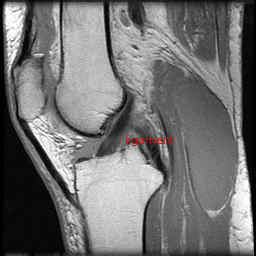 MRIs and x-rays have different functions and look at different anatomical structures. An x-ray looks at the bone structure around the knee. The x-ray will show a fracture, dislocation or arthritis in the knee but it does not show muscles, ligaments or tendons. On the other hand, the MRI looks at the soft tissue structures. An MRI will show your doctor the cartilage (meniscus) and ligaments including the cruciate ligaments. So, an MRI is the test of choice for a suspected cruciate ligament injury.

What are the cruciate ligaments and what do they do? 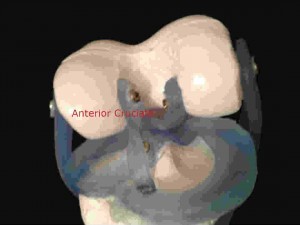 Anatomically, ligaments run from bone to bone and help stability around any joint. The knee has two ligaments on the sides, which are called the collateral ligaments. These ligaments give stability to the knee in side to side movements.

What is the fix?

The fix depends on a number of things including the extent of the tear, your age and your ability to function. If you are younger and active, the fix is usually reconstructive surgery. If you are older and not as active, the treatment, which is not a fix, is to strengthen the surrounding soft tissue structures of the knee.

Are there long term consequences that I have to worry about?

Yes. There are a number of long term consequences with and without surgery. The biggest issue is premature wearing of the joint because there is too much laxity and movement in the joint. Remember, the purpose of the ligament is to check or restrict movement beyond physiologic boundaries. If the ligament is not doing its job, it can cause premature wear and arthritis in the knee. If this happens, the chances of needing a knee replacement in the future is likely.

Can I get compensation for my injury?

The issue of whether you can receive compensation depends on the facts and circumstances of the accident. You have the burden of showing the other party was negligent, that the negligence caused your injury, and then proving the nature and extent of your injuries. If you are able to show these elements, you are entitled to past and future medical expenses, wage loss, and pain and suffering.

Cruciate ligament injuries can be devastating and have long term consequences that must be taking into consideration after an accident. Once you settle your claim, the claim is finished so make sure that you and your lawyer take the future into consideration.

If you have any questions regarding a Northwest Indiana accident and cruciate ligament injury Call (219) 874-4878.