Indiana Medical Malpractice Claim – Beware of the Statute of Limitations 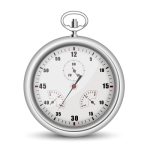 I have written many blog posts about victims of Indiana medical malpractice claims having their cases dismissed because they have blown the statute of limitations.  Now the Court of Appeals ruled on another case finding that the injury victim cannot go forward with their medical malpractice claim for failing to file a the initial claim with the Indiana Department of Insurance within 2-years.

In Indiana Malpractice claims, the statute of limitations is called an occurrence based limitations period.  There are a couple of ways to get around the issue but that requires specific facts. For instance, if the injured person did not learn of the malpractice within the initial two year- he will have two years from the date he/she learned of the problem, however, its pretty confusing.

The patient followed up with doctor on regular intervals and the doctor continued to use the bad disinfectant.  After the first scope, the patient's itched in the bladder area.  Each time the patient was scoped, he had an allergic reaction that became worse and worse, and eventually he had to be hospitalized a couple of times.

Here are the important dates

The doctor asked the court dismiss the malpractice case because the patient learned of the malpractice within 2-years of the treatment.  He learned of the problem in March 2009, two months after the last treatment of January 2009. So, he had 22 months to file the claim within the statute. Obviously, the patient misunderstood the limitations period because he filed the claim within 2-years of his visit to the allergist, and 26 months after the doctor's malpractice occurred.

What is the Moral of the Story?

Here is the moral of the story.  If you believe that you or a loved one has been a victim of medical malpractice in Indiana, you need to consult with a lawyer immediately.  Most malpractice lawyer will consult with a potential client for no charge, and explain their legal rights.  If the patient in this story would have met with a lawyer in March 2009 or shortly thereafter, he would have learned that the initial claim needed to be filed by January 2011.