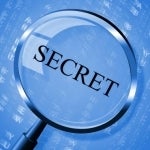 In some personal injury cases, the insurance company or defendant is going to require the settlement terms remain confidential. Some people hate them. Others are okay with them. Here are a few pros and cons regarding confidential settlements.

From the defendant's perspective this is what I hear:

From the injured person's perspective this is what I hear:

The typical terms of a confidentiality agreement that I see in practice are:

Another thing that we have to deal with regarding confidentiality agreements is the specific consideration or amount specifically paid for the confidentiality statement. If this is not accounted for, arguably the settlement may become taxable under a ruling on a case involving Ex-Chicago Bull Dennis Rodman.

Mama and Papa Snay won the case against Gulliver. Gulliver is now officially paying for my vacation to Europe this summer. SUCK IT.

Snay violated the agreement by doing exactly what he had promised not to do. His daughter then did precisely what the confidentiality agreement was designed to prevent, advertising to the Gulliver community that Snay had been successful in his age discrimination and retaliation case against the school.Based on the clear and unambiguous language of the parties' agreement and Snay's testimony confirming his breach of its terms, we reverse the order entered below granting the Snays' motion to enforce the agreement.

My perspective regarding confidentiality agreements

It is the client's case. If the defendant has agreed to pay an amount of money that the client wants to take and a confidentiality agreement is part of the settlement terms, the client will have to sign the agreement.

If other things like getting the information out into the public is more important to the client than the settlement offer than the case may have to go to trial. If a jury renders a verdict against the defendant at trial the verdict will not be confidential and the client is free to publicize it as much as they want.

Confidentiality agreements are contracts that are usually negotiated during settlement discussions, and like the Third District, courts look at them as contracts, and if you breach the agreement, you could lose the settlement or be sued for return of the proceeds.